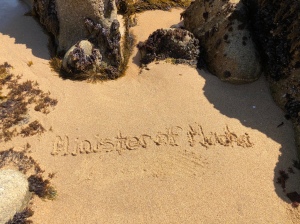 Some people try and some people do not, or at least they don’t try in a way that seems obvious to the rest of us.

I went to visit my granddaughter this weekend. Because of my past, her mother is not always willing to allow visits. Over the past few weeks we have planned a family trip for her birthday. The day before the trip her mother did it again and said that I was not really welcome to join. Being that I typically do all of the driving on family trips I still decided to join. I had a cold and felt miserable. I was tired from a trip out of town two day before. I was not looking forward to spending a weekend in a hotel with no transportation, but I did it anyway. I wanted to set an example for my family, but for my son in particular, that we always do everything we can.

The first day of the trip I spent a few hours in a Starbucks while the party happened at a local park. I was completely surprised that I was allowed to then go to dinner with everyone after the party. Try

Day two had a trip to the aquarium. Again, I was persona non grata. I spent the next six or seven hours wandering around the Cannery Row area of Monterey. I ate some saltwater taffy. I had a monsterously huge pancake. I got a surprise visit from a friend who joined me for lunch. I drank more coffee. I sat by the shore. Try. 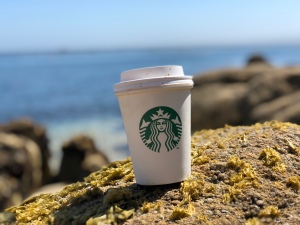 As I sat watching the waves against the sand and rocks I noticed a plant growing in a small crevice of the seaside granite. What on earth was this doing here? How did it have the temerity to grow where there was nothing else? That’s right…it tried. 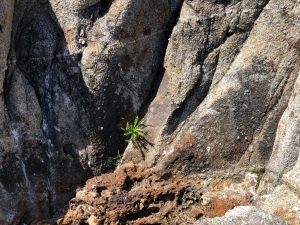 It was frustrating to watch my son spend time on his cell phone instead of interacting with his daughter. It was hard driving thirteen hours while sick and hearing him snore all the way there and back. Like I said, sometimes another person’s efforts might not be as obvious as I’d like, but that has no real bearing on my own efforts. This weekend was a success. All I needed to do was try and…